Landau, Zygmunt
1898-1962
Zygmunt Landau studied with the painter Henri Epstein at the drawing school of Jakub Kacenbogen in Lodz. He then enrolled in the Academy of Fine Arts of Warsaw in the studio of Stanislas Lentz. At the age of 18, he taught painting. He arrived in Paris and settled down at the Ruche (“the hive”), spending some time at the Grande and became friends with Moise Kisling.

In 1928, he went back to Poland to display his paintings in Warsaw and Lodz. His work was equally acclaimed in the United Kingdom and the United States thanks to the British painter and critic Roger Fry with whom he shared a flat in Saint-Tropez. He illustrated Listen Israel by Edmond Fleg published before the Second World War by La Cigogne editions.

After the war, he continued to live in Saint-Tropez, Nice and Paris where he showcased his paintings regularly as well as in London and in Stockholm. Towards the end of the 50’s, he settled down in Israel and continued painting until he died in Tel-Aviv in 1962. 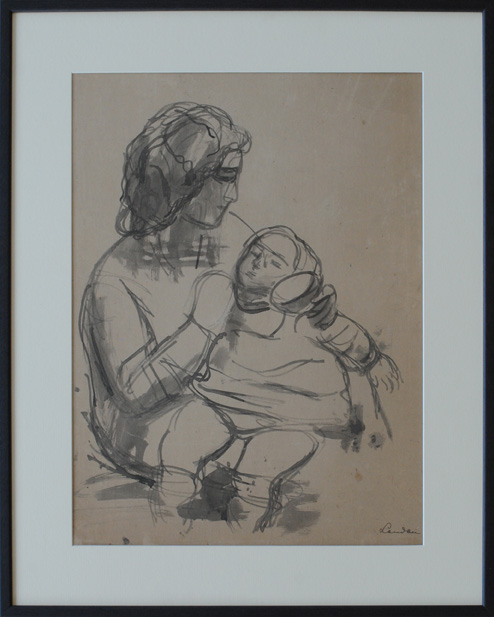