In 1917 Orpen was appointed an Official War Artist. An exhibition of his war paintings, watercolours and drawings was held in London in the spring of 1918. In his illustrations to An Onlooker in France, 1917–1919 (1921), he depicted scenes of trench warfare, often in grim detail, but he found it difficult in his larger paintings to come to terms with the broader implications of the war.

He received a knighthood in June 1918 and was elected ARA in 1910 and RA in 1921. Orpen’s production of paintings and drawings, in spite of the relative brevity of his life, is impressively large: he worked quickly and drew almost daily, usually for long hours. 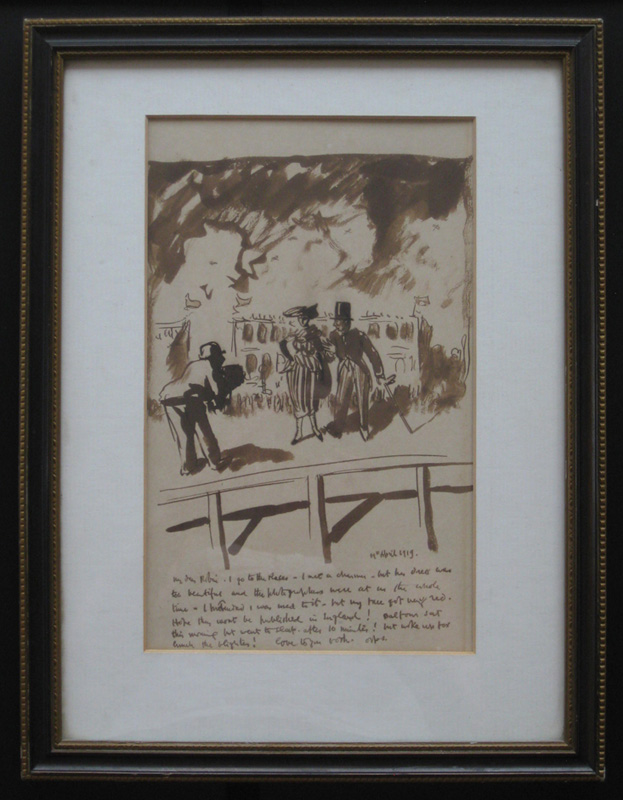