Roman Opałka was born on August 27, 1931, in Abbeville-Saint-Lucien, France, to Polish parents. The family returned to Poland in 1946 and Opałka studied lithography at a graphics school before enrolling in the School of Art and Design in Lodz. He later earned a degree from the Academy of Fine Arts in Warsaw. He moved back to France in 1977. Opałka lived in Teille, near Le Mans, and Venice. He died at age 79 after falling ill while on holiday in Italy. He was admitted to a hospital near Rome and died there a few days later, three weeks before his 80th birthday.

In 1965, in his studio in Warsaw, Opałka began painting numbers from one to infinity. Starting in the top left-hand corner of the canvas and finishing in the bottom right-hand corner, the tiny numbers were painted in horizontal rows. Each new canvas, which the artist called a ‘detail’, took up counting where the last left off.

In 1968 Opałka introduced to the process a tape recorder, speaking each number into the microphone as he painted it, and also began taking passport-style photographs of himself standing before the canvas after each day’s work.
The final number he painted was 5,607,249. 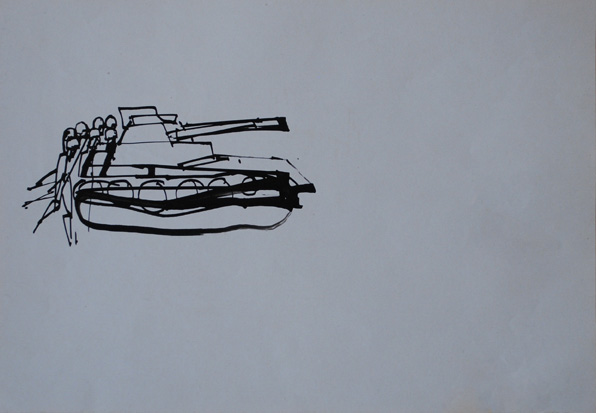