After studying at the Ecole Supericure d’Architecture et d’Art Decoratif in Brussels, he joined the Jeune Peinture Belge association in 1947. In 1949 he co-founded the Cobra group, but disassociated himself from it in 1951.

He moved to Paris where he studied drawing with Hayter at Atelier 17 in 1952. Soon afterwards he made contact with a number of Japanese calligraphers, including Shiryu Morita. In 1955 he travelled throughout the Far East and made a film entitled Calligraphic Japonaise. From 1960 onwards, he travelled to the USA and Mexico. He is now living in Paris.

Alechinsky’s work, which reveals the influence of eastern calligraphy, includes a large number of graphic designs.

By 1960 he had exhibited in London, Berne and at the Venice Biennial, and then in Pittsburg, New York, Amsterdam, and Silkeborg as his international reputation grew. He also developed links with Andre Breton. In 1983 he became Professor of painting at the Ecole nationale supérieure des Beaux-Arts, Paris.

In 1994 he was awarded an honorary doctorate by the Free University of Brussels, and in 1995 one of his designs was used on a Belgian stamp. 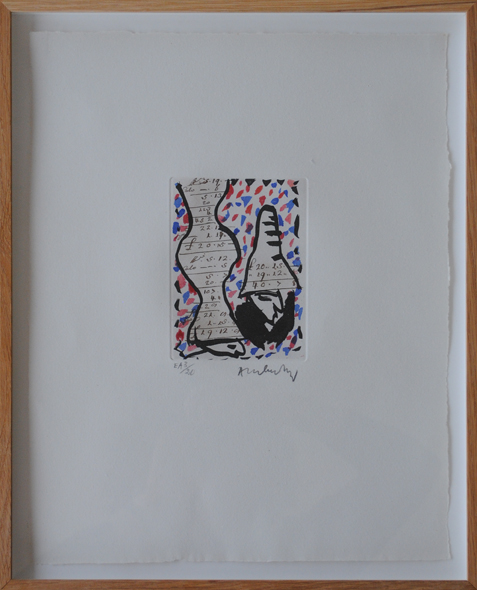