Urquhart, Murray McNeel Caird
1880-1972
Murray McNeel Caird Urquhart was born in Scotland in 1880 and had a varied education, the Edinburgh College of Art, the Slade, and the Westminster School of Art, where he was tutored by Walter Sickert, whose influence is evident in much of his subsequent work. Later he studied at Frank Calderon’s Animal School and finally at the Academie Julian under J-P Laurens.

One of the most striking features of Urquhart’s work was his adoption of the contre jour, where the light is made to glow through the use of a modified palette of pointillism.

Urquhart exhibited extensively at the RBA, of which he was a member, and also the Lefevre Gallery, Walker’s galleries, the RA and the NEAC. 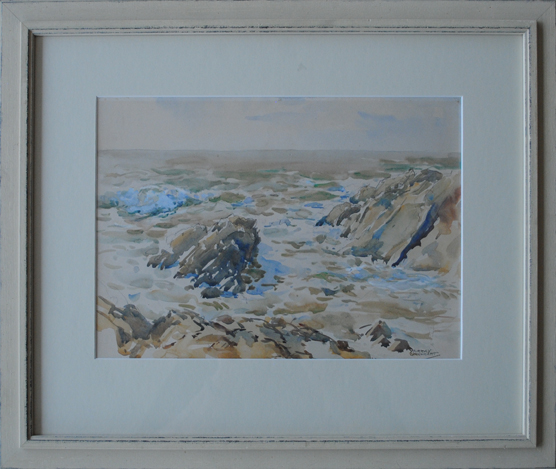