He took up art professionally after one of his paintings was selected for display on the BBC television programme ‘Take Hart’. After graduating from Goldsmith’s college he exhibited at the Frieze organised by Damien Hirst. He is best known for the performance piece installation Break Down (2001) in which he destroyed all his possessions, and for the Art Bin project at the South London Gallery. On 29 May 2008 Landy was elected a member of the Royal Academy of Arts in London. His credit card destroying machine, which simultaneously produced a spirograph style drawing was one of the main attractions of the Frieze art exhibition in 2011 (see YouTube).

Among his many admirers and collectors is Charles Saatchi. 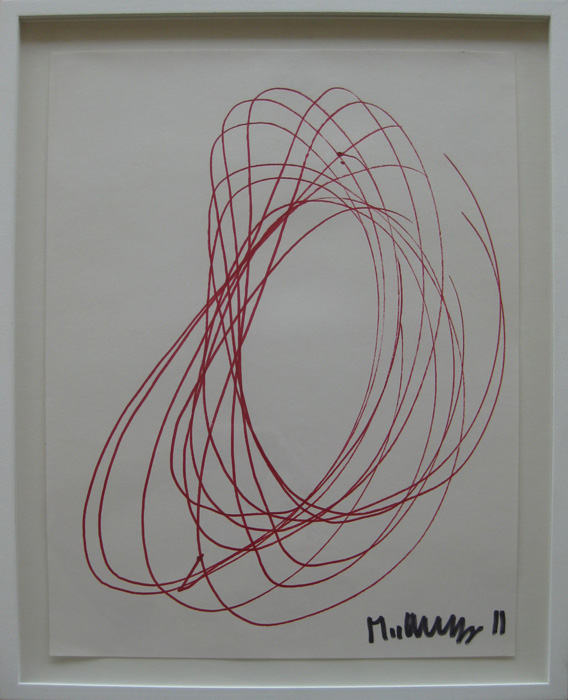 Directly from the Frieze art fair 2011