Luce, Maximilien
1858-1941
Maximilien Luce was a French neo impressionist and anarchist born into a modest family in 1858 in Paris.

From early youth he mixed with impoverished artisans and workers constructing the major roads and other public works. At the age of thirteen, he was an appalled witness of the massacres carried out by government forces against the revolutionaries of the Paris Commune of 1871. It was in 1887 he joined the Society of Independent Artists, of which he remained a life member and exhibited at their Salon.

Luce absorbed the ideas of Seurat on painting, which became known as neo-impressionism. The neo-impressionists painted in pure divided tones in a “scientific” fashion, not mixing colours on the palette or the canvas. By dividing tones the small spots of pure colour came together in the eyes of the observer. From 1897 he moved away from this “divisionist” style towards a more classic impressionism, whilst retaining his use of vibrant colours and thickly crowded spaces.

From 1903, and more than thirty years after the events, he began a series devoted to the Paris Commune. In one of them, Une Rue de Paris en Mai 1871, he depicts the corpses of four shot Communards, one of them a woman, lying alongside piles of cobbles, exhibited  at the Salon of the Independent Artists in 1905.

During the First World War, he produced many paintings of the horrors of war and of returning and wounded soldiers. In the 1930s he concentrated on landscapes and on urban scenes depicting the lives of the working class. 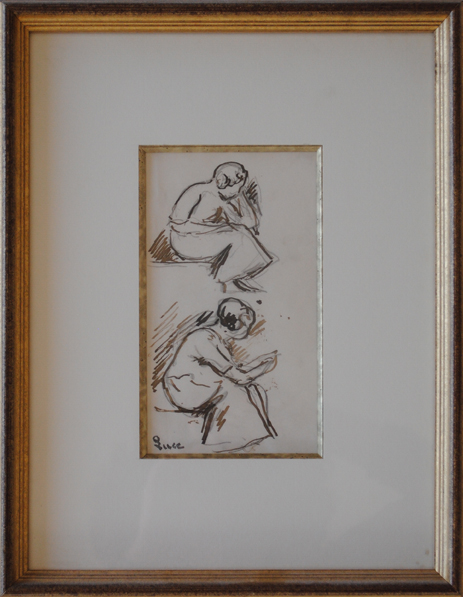