Brianchon, Maurice
1899-1979
In 1917, Brianchon began his education at the École des Arts Décoratifs in Paris, where he was associated with a group of artists who became known as ‘Les Peintres de la Réalite Poétique’. The setting of ‘poetical reality’ best describes the ambience of Brianchon’s paintings which perhaps relates closest to the work of Vuillard and Bonnard for its most decorative appearance. The ‘peintres de la réalite poétique’ had a group exhibition in 1957, the decade in which he was working on a series of still lives in which his palette grows more vibrant.

Brianchon established a strong international following between the 1930s  and 1950s. He was selected to represent France at the Venice Biennale in 1934, where his works hung alongside Manet and in 1939 he won the Carnegies prize, two years after it had been awarded to Braque. In the post-war years in France he won numerous public commissions and his paintings were acquired by the state for public collections, including La Musée d’Art Moderne de la Ville de Paris. Finally his talents led to his selection as one of the official artists for the coronation of Queen Elizabeth II in 1952. 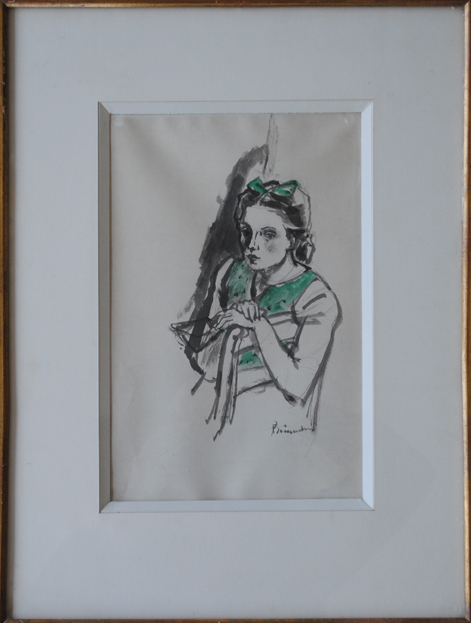