She made a few caricature cartoons of Adolf Hitler which resulted in the official protest of the German Embassy in Paris, which sued Berezowska. She appeared in court but escaped having to pay any fine. However, Nazi Germans remembered her “outrage”. After her return to Poland and the outbreak of World War II she was imprisoned at Pawiak, and later given the death sentence and sent to Ravensbrück concentration camp.

After the liberation of the Ravensbrück camp by the Soviet forces she left, with a group of other Polish women, first for Stockholm and a year later, in 1946, returned to her native Poland. 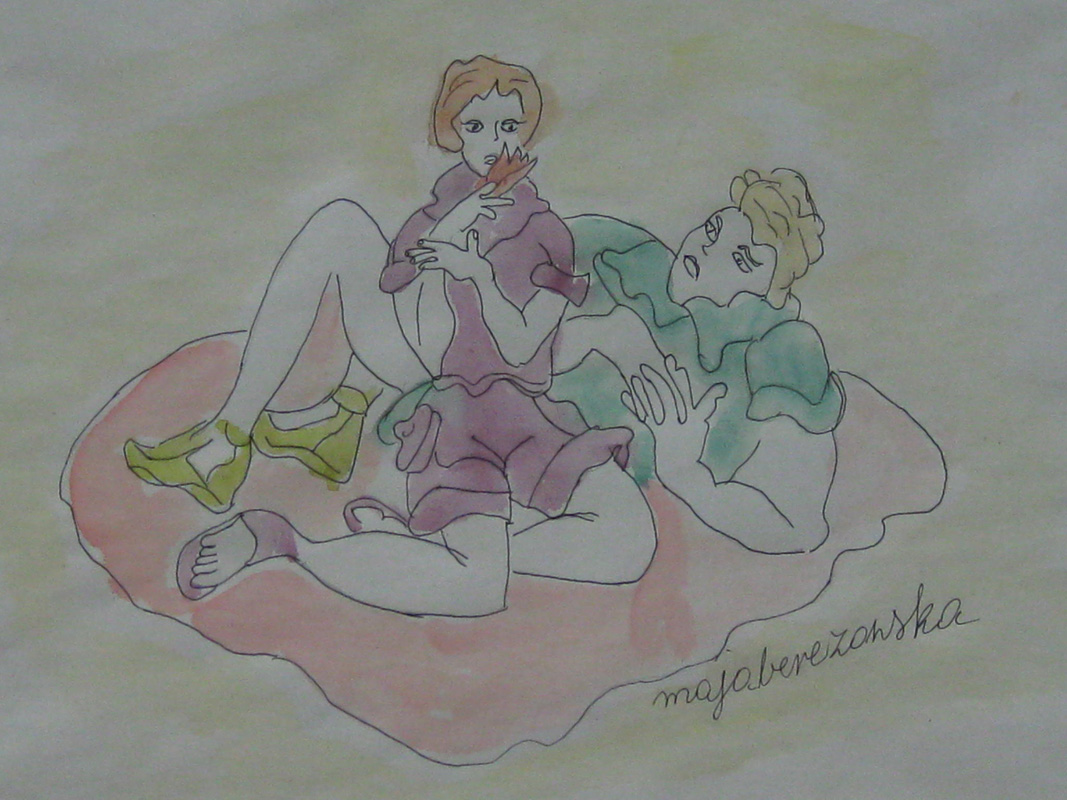