Pascin, Jules
1888-1930
Born in Bulgaria, as Jules Pincas, of a Spanish-Jewish father and Serbian-Italian mother, Pascin moved to Vienna where he started his studies as a painter. He moved to Paris in 1905 fleeing Jewish persecution and became part of the thriving art scene. Here he changed his name to Pascin. During the First World War he moved to America, where he took American citizenship.

In 1918 he married Hermine David, a talented painter herself and both returned to Paris in 1922. They rented a studio in Montmartre, the very centre of Bohemian Paris where he made friends with Chagall, Soutine, Modigliani and Foujita. His models were the local dancers and prostitutes and his paintings soon made him a leader of the School of Paris.

In 1930, on the eve of his ever solo exhibition at the Galerie Georges Petit, Paris he committed suicide. Several of the galleries in Paris closed on the day of his funeral as a sign of respect. His work now commands thousands at auction, even for his sketches. 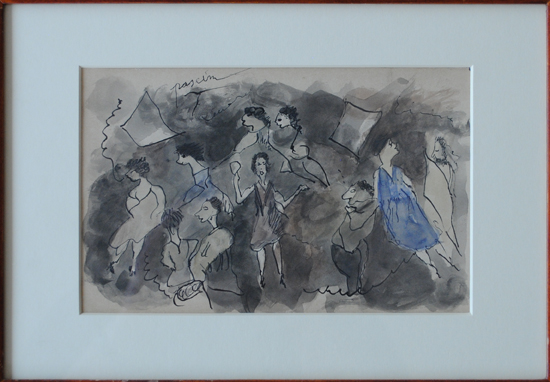 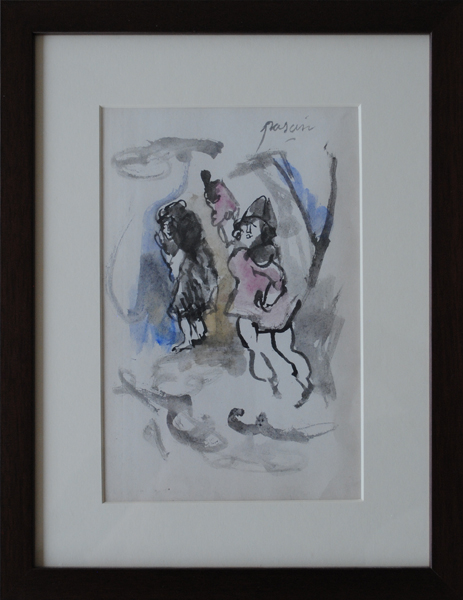