Borein, John Edward
1872-1945
John Edward Borein captured the “disappearing West” with the accuracy and vivacity like no one previously. A native of the San Francisco Bay Area, Borein headed south in 1893 at the age of twenty-one, and over the next few years, worked his way through California and  Mexico. While on the range, this young ‘cowboy’ sketched from the saddle in his spare time during the day, and then refined his lines with pen and ink in the evening.

By 1900, Borein had returned to Oakland to set up his first art studio, and in 1907, he moved to New York to further his career. It was in New York that his popularity rose and where he sold his etchings and watercolours, and found consistant work as a magazine and advertisement illustrator. Because of the realism his art portrayed, and its true Western cowboy spirit, Edward Borein was quickly branded the “cowpuncher artist” by his friends and peers.

In 1921, Borein settled in Santa Barbara and opened a studio in the historic El Paseo complex, and it was here that Ed found his true metier. According to biographer Harold Davidson, “By this time Borein was aware of what he was doing, and told his friends many times he was documenting the Old West as he had lived and seen it. Every detail of horse, rider, saddle and gear, longhorn, and Indian had to be right”.

Edward Borein proved quite prolific and produced over three hundred different etchings, many watercolours, ink drawings, and a few oil paintings. Today, this outstanding body of work gives us a glimpse into the authentic American West, from the perspective of a true cowboy. 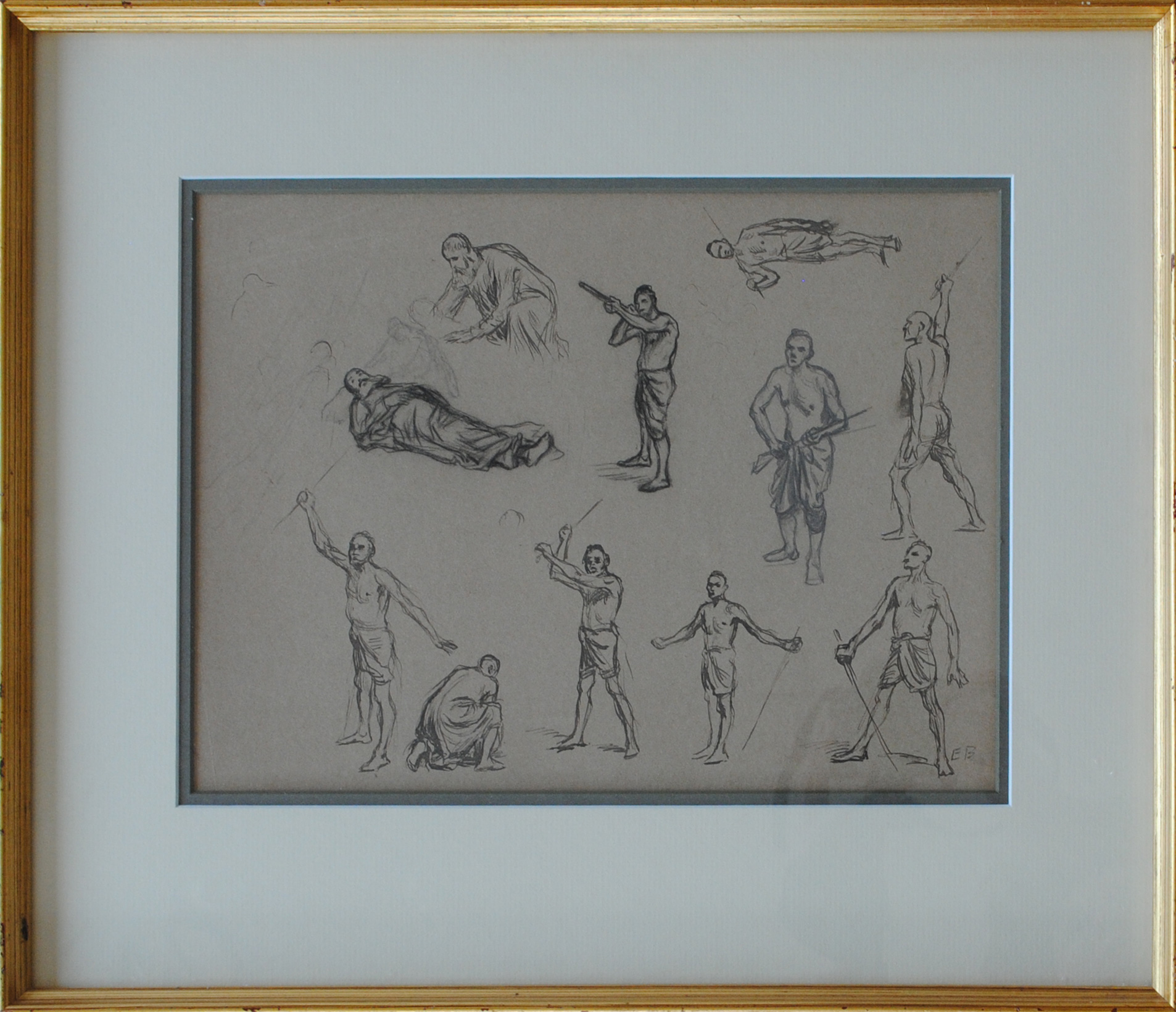