Malton, James
c.1760-1803
The engraver, watercolourist and draughtsman James Malton is best known for his ‘Picturesque and Descriptive View of the City of Dublin’ – an outstanding series of 25 aquatint engravings initially published between 1792 and 1799.

In 1790 he exhibited two topographical landscapes at the Society of Artists in London, while at the same time working on his Dublin views. For each view, he produced a large-scale watercolour painting followed by a drawing which was then printed using the etching and aquatint method which gives the work the look of a watercolour. 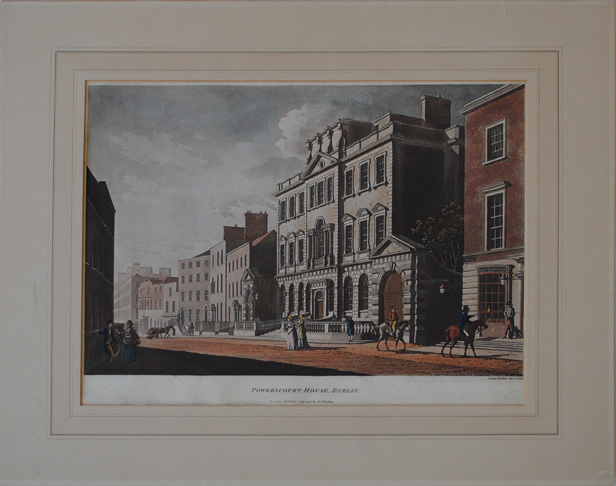