The family moved to Dublin in 1878, and he was educated at Rathmines School and the Metropolitan School of Art, where he met W.B. Yeats. His first collection of poetry, Homeward: Songs by the Way (1894), contained ethereal poems, intent on evoking spiritual and contemplative states.

His version of Deirdre (1902), performed by the Abbey theatre’s precursor, had Constance Markievicz in the title-roll.  In ‘On Behalf of Some Irishmen Not Followers of Tradition’, he attacked the deployment of myth to enlist nationalist feelings, a poem fiercely criticized by Joseph Mary Plunkett.

His artwork, often whimsical and mystical but always compelling is widely exhibited throughout Northern Ireland and the UK and his work regularly appears in all the major auction houses. He went to live in England after 1933, first in London and then in Bournemouth. 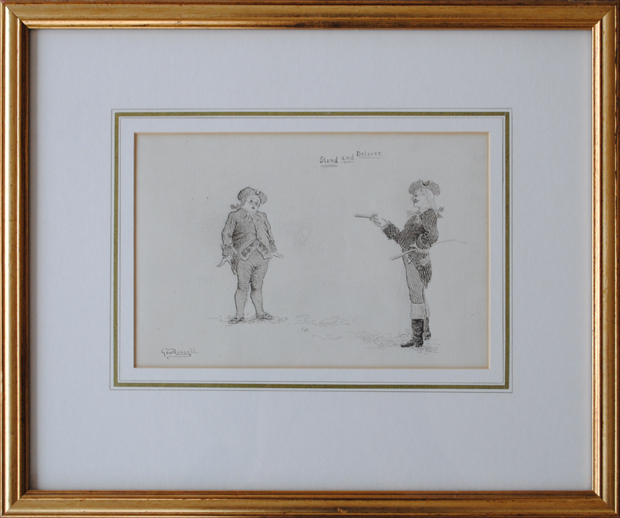