He was one of the original innovators of street art from the 80’s. His home territory being the streets and the subway system of New York City. Futura pioneered abstract street art at a time when many street artists were lettering or tagging. He is also known for his work with the English punk band, The Clash for which he Painted the on stage back drops on their European tour of 1981. In the early 80’s he exhibited at the fun gallery along with Keith Haring, Jean Michel Basquiat and Blek le Rat.

Point man is an iconic image that Futura developed in the 80’s and this humanoid is one of the most sought after. This is a unique signed piece. 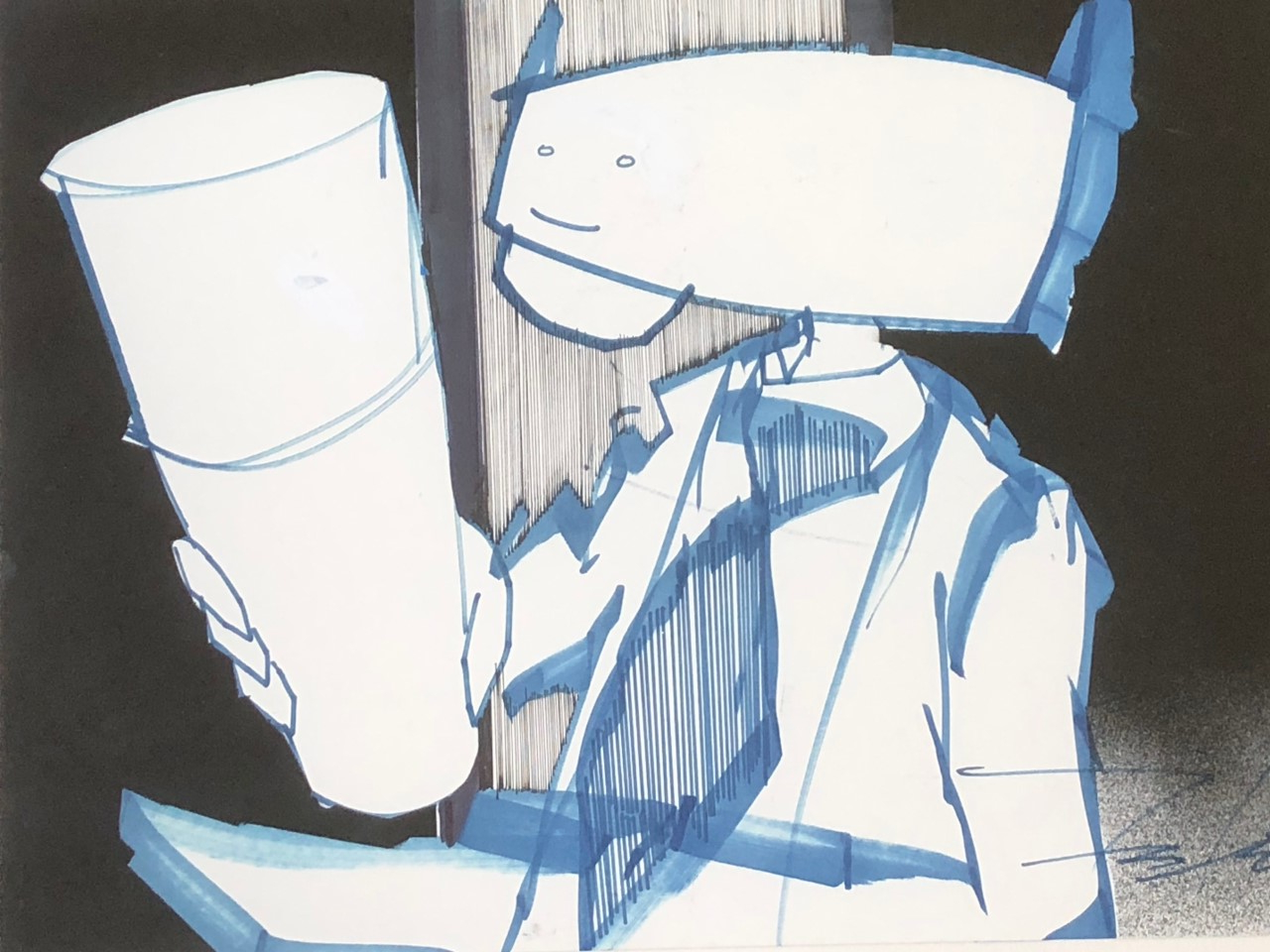 Directly from the artist