ESPO (“Exterior Surface Painting Outreach”), Steve Powers, born in Philadelphia May 1968 is a contemporary American artist and muralist best known for his text-based conceptual works. Frequently emblazoned on the sides of storefronts, large buildings, and gallery walls, his works are influenced by graphic design and traditional sign painting.

In 2000, Powers gave up graffiti to become a full-time studio artist. He is now a mixed media artist, working in drawing, painting, printmaking, and installation art. Power’s work has been shown in the Venice and Liverpool biennials, as well as shows at New York City’s Deitch Gallery.

In 2007, Powers was awarded a Fulbright scholarship. He used the grant to create murals in Dublin, Ireland and in Belfast’s Shankhill area, with the assistance of local teenagers. His work in Belfast was inspired by the area’s political murals. 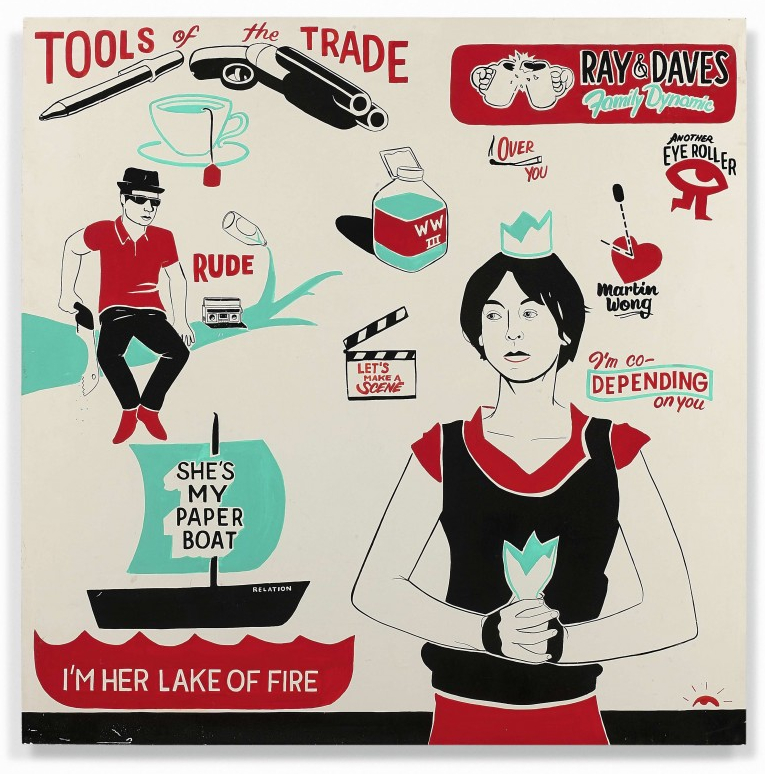