Corneille
1922-2010
Guillaume Cornelis Beverloo was born in Liege of Dutch parents in 1922 and studied in Amsterdam where he met and became friends with Karel Appel. He was influenced by German expressionism and French surrealism. He was, along with such luminairies as Asger Jorn and Appel co founder of the Cobra group (Copenhagen Brussels Amsterdam).

On various trips to Africa and South America, he increasingly adopted a more primitive style of painting and drawing. In 1956 he won the prestigious Guggenheim prize and represented Holland at the Venice Biennale. His work is exhibited worldwide and his oil paintings fetch tens of thousands at auction. 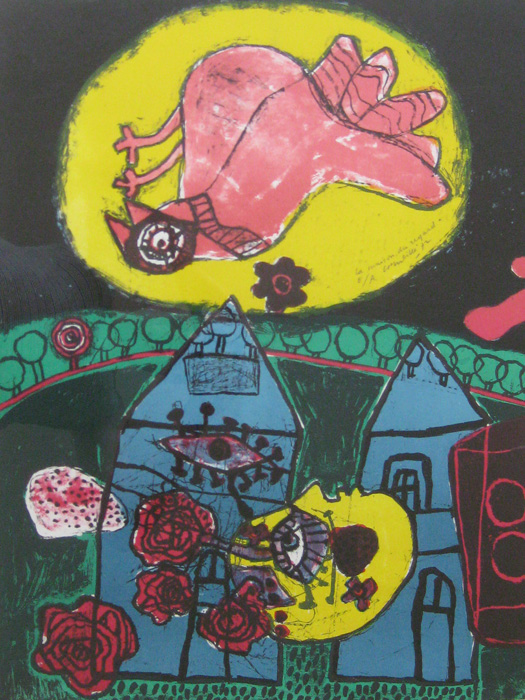