Since their escape from the extremist Pseudo Christian cult known as ‘THE FAMILY’ a hippie movement born out of the 60’s, whose members believed in something called ‘The System’ (the actor Joaquin Phoenix also spent time there) twins Franklyn and Brendan Connor, who for 16 years were deprived access to information and completely removed from contemporary culture,  have immersed themselves in the process of making art to try to make sense of the everything around them.

Initially overwhelmed by the outside world, they quickly developed a curious, keen sense and appetite to learn, sharing ideas (gained individually) through art. Using pop and pulp culture, wit, cynicism and the power of imagery and words, the twins humorously reference the world they grew up in, mocking the teaching and limited world they inhabit as they see things now.

With the medium of oil, acrylic and collage they have used romance novels, old masters and Shakespeare to put their unique spin on the world as they see it.

Their work has been exhibited in sold out shows in London, Sydney and Los Angeles and pieces have been auctioned at both Christies and Bonhams (at which they set an auction record).
Current collections worldwide include private collections as well as the Victoria and Albert Museum.

The next planned show/exhibition is November 2014 at Black Rat Projects, London. 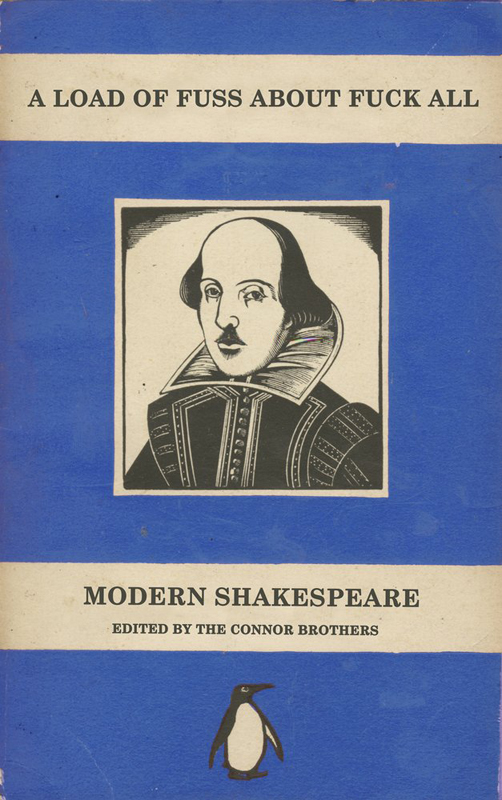