Anton Peschka was born on 21 February 1885 in Vienna. After a commercial education he visited the painting school of Robert Scheffer. From 1906 to 1910 he studied with his close friend and contemporary, Egon Schiele, whose sister Gertrude he married later, under Christian Griepenkerl at the Academy of Fine Arts in Vienna. Influenced artistically by his friend and brother-in-law, Peschka exhibited together with Schiele in the “Neukunstgruppe” in 1910. In the same year, as well as in 1919, his works were presented in the Wiener Künstlerhaus.

From 1922 to 1935 he was a member of the Hagenbund whose exhibitions he stocked regularly. His main motifs included nudes and landscapes. Today his works can be seen amongst others in the Albertina and the Wien Museum. 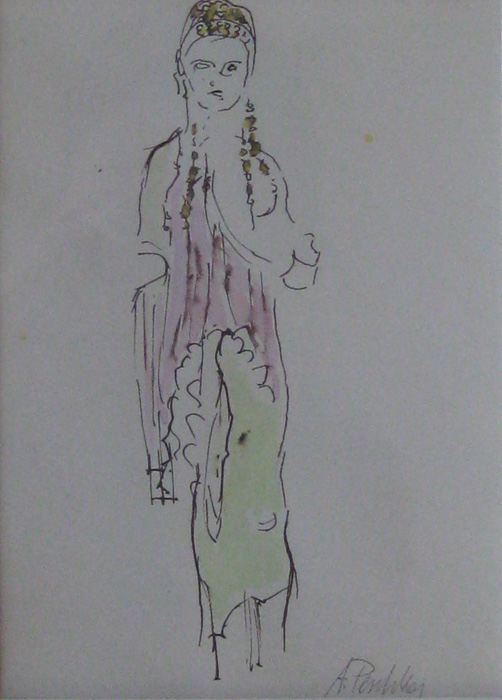